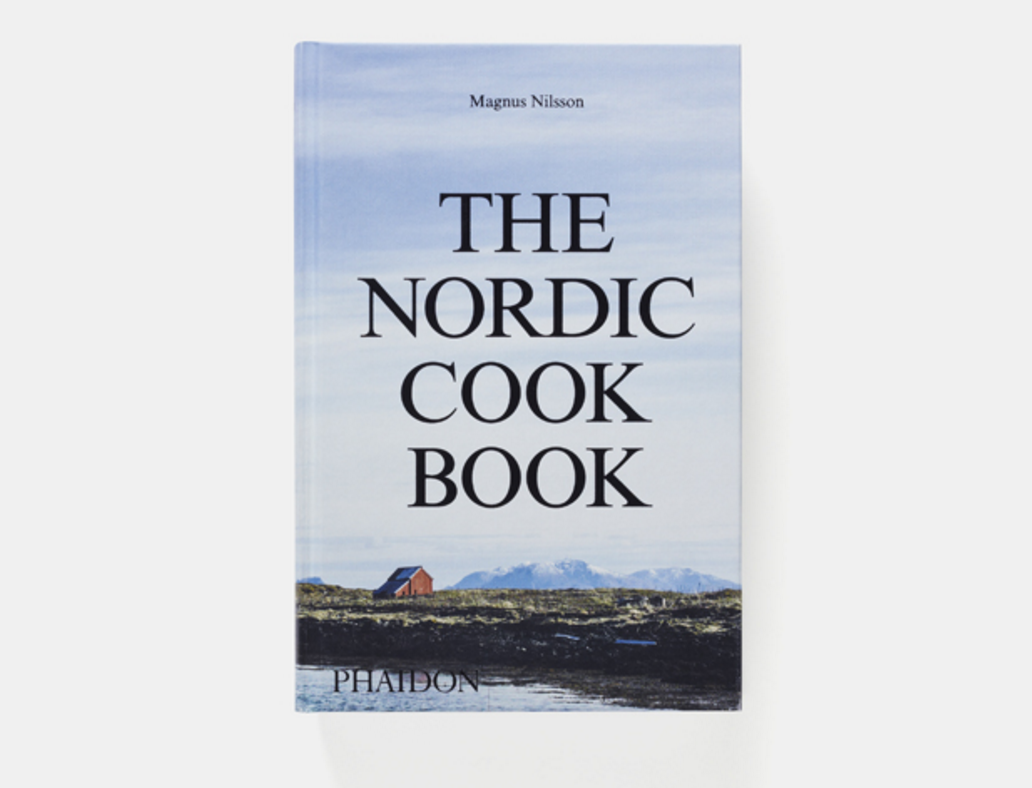 Chef crush. There I’ve said it. My not so secret, secret is out. You can have your movie star swoon any day. My heart palpitates for men in kitchens. But before you get worried about Mr Surfer Dude’s position in my life, I can reassure you that my crush is admiration from afar. It’s not so much about what chefs do with their hands. (Well actually there is that). But it’s more about their energy. Their creativity. Their quest for flavour. And in many instances, their minds.   And on that level, Magnus had me all shook up. 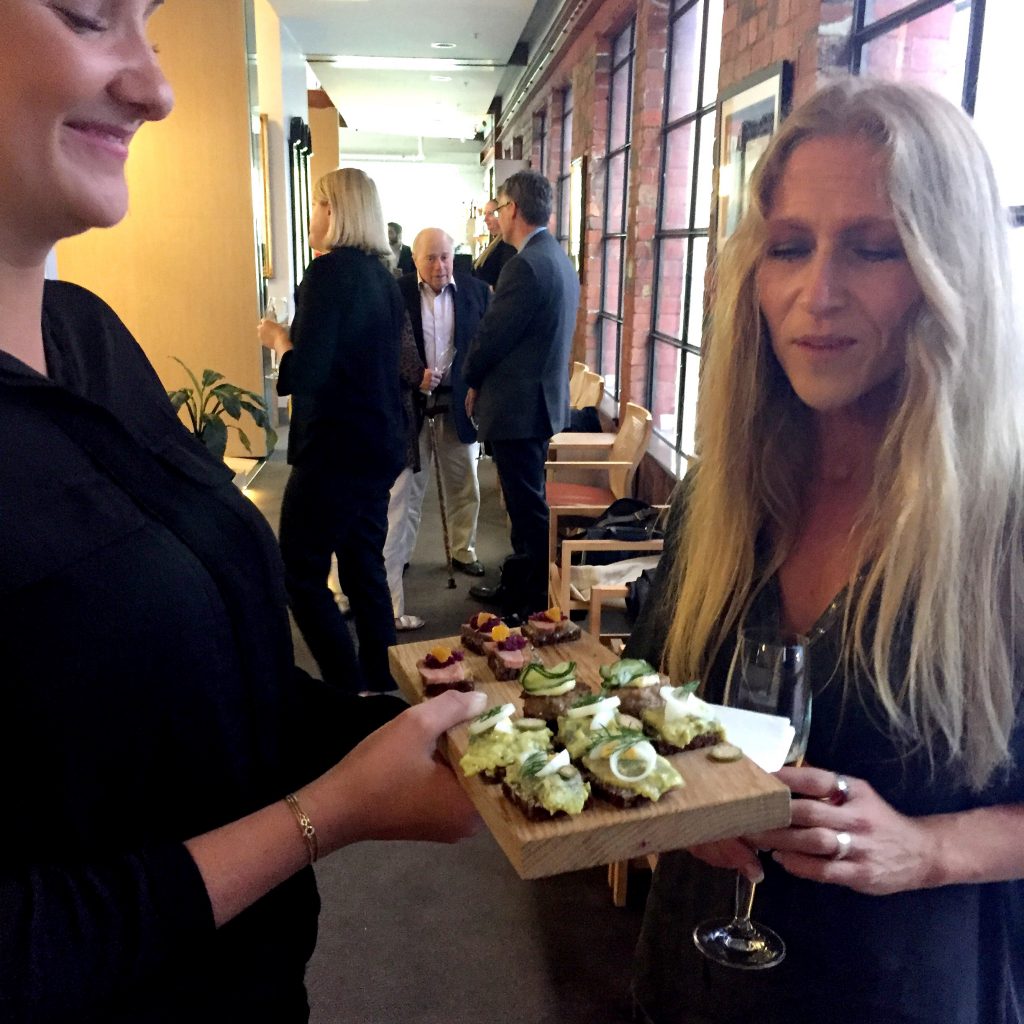 You would have to be lying under a snow-covered log in deep dark, wintry Sweden, not to realise that the Nordic diet is hot right now. Driven in popularity by Rene Redzepi of Noma fame in Copenhagen, it’s the quiet achievers that are now able to continue the charge and shine like the Northern star.

Magnus is wise beyond his years with a Viking strength of character and a cheeky sense of humour. He laughed at the idea when first asked to produce a cookbook on Nordic cuisine. “That’s like saying do a book on Europe,” he argued. With a vast geographical location making up countries from Iceland to Denmark, there is no single Nordic diet. But when he discussed his research deal breakers with the publishers (Phaidon) and they agreed, Magnus realized the cultural importance of documenting the day. And that’s exactly what he did. 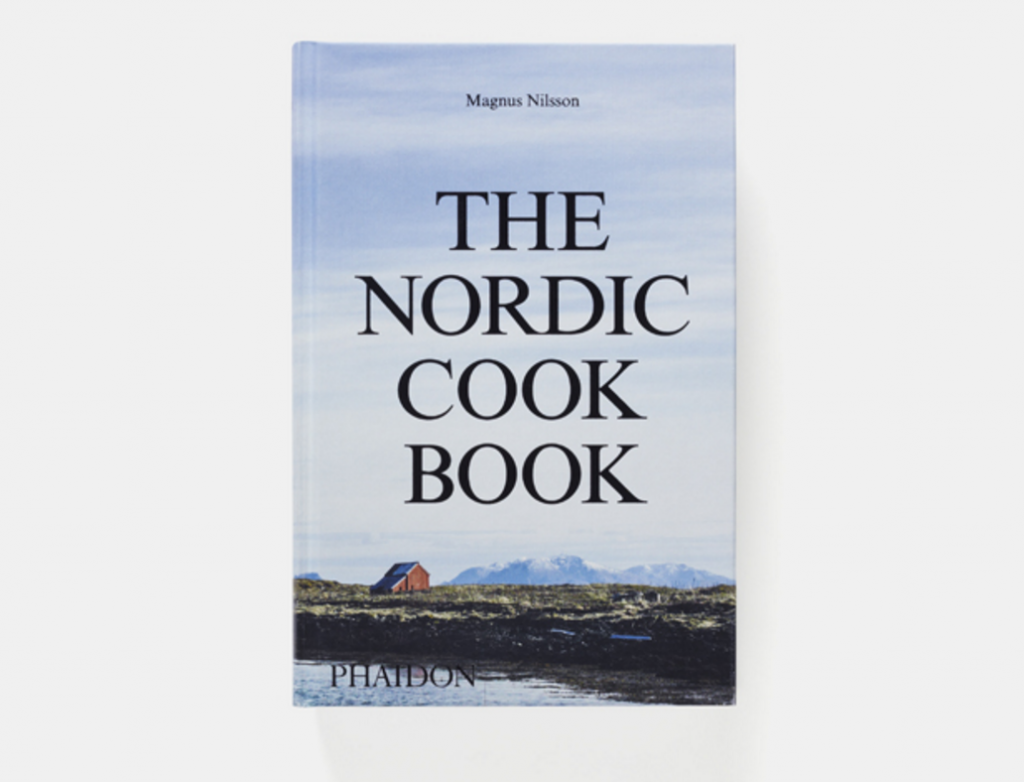 Over 11,000 items were collected from general public contributors, including 200 separate recipes for pickled herring, which led to the final collection in the book. Web polls and google searches were used to identify modern day popular dishes, including taco quiche. Yes, trust those Swedes, the heroes of flat pack Ikea furniture, to take a taco meal kit and turn it on it’s head. As this was a documentary of a diet, it was not right to censure the 2nd most googled recipe currently in Sweden. Nor the controversial picture of dead Puffin birds that were featured as part of Indigenous diets.  It’s just like the current Australian Ikea menu featuring Swedish meatballs and Ligonberry jam plus a vegan, Italianised, Moroccanised version.

Magnus spoke like a food historian describing how you can trace the history of the region through bread and that oh so familiar open sandwich or Smørrebrød. In the North the principle grain is barley, the winters are harsh and bread ovens are fired up annually after a big harvest. Hence the popularity of dried crispbread, often dunked in cultured milk. Gingerbread sponge cake was made for the special harvest, when the ovens had cooled down. Whereas, south of Stockholm, the weather is milder, ovens burn daily and dark rye bread is more popular.  But it was when Magnus described how the Icelanders dig holes near thermal hot springs and make steamed loafs of rye bread, that I truly felt weak at the knees and had to lean on my friend Ursula from House of Orange. 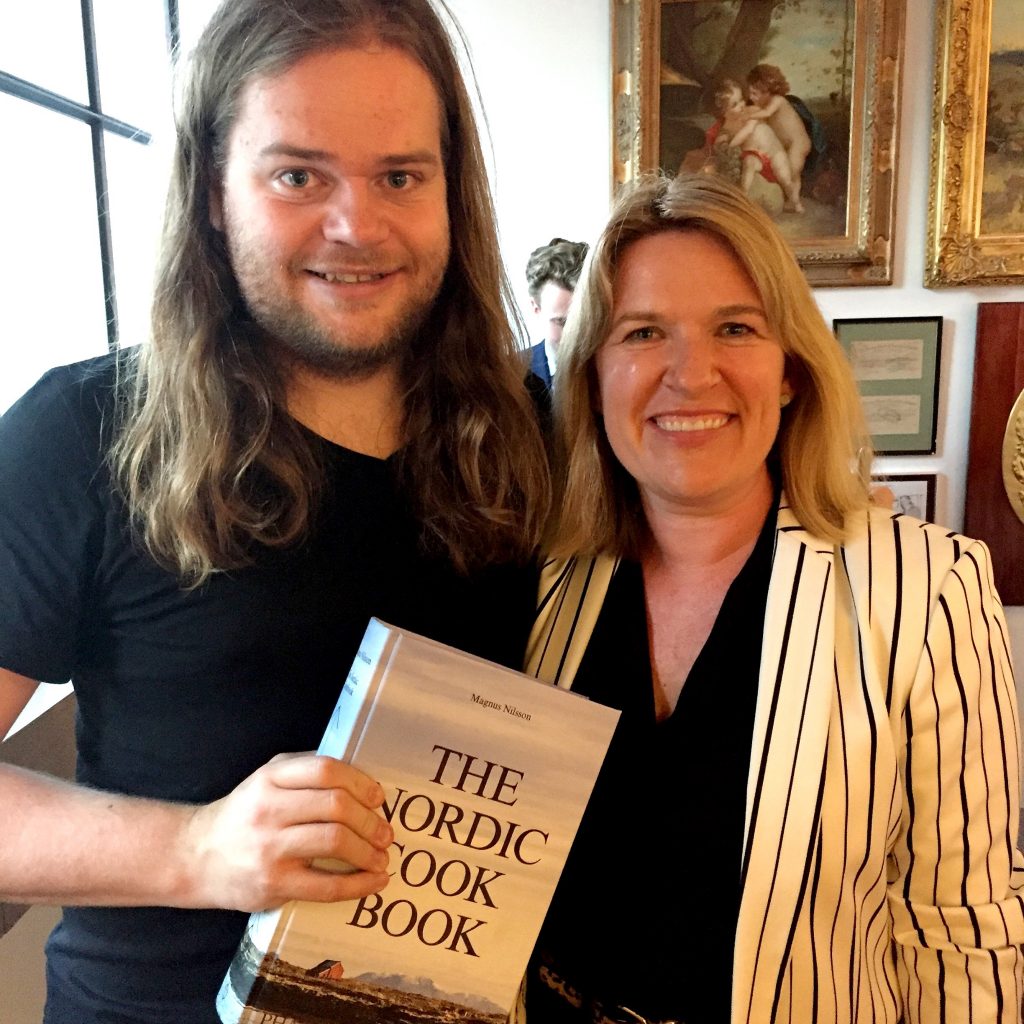 The pattern of harsh winters and summer abundance defines the whole region to some extent and definitely Magnus’ restaurant  Fäviken in the wilds of Sweden. “Will you open a sister restaurant, chef” a keen intern-to-be asked from the crowd. A polite but chortling Viking replied, “But why would I want to open a Swedish restaurant in London or Japan?” It would appear that this cookbook is only the start of many projects Magnus has dreamed up to sustain his adventurous spirit, but keep him well and truly grounded, home.

If you want to:

Take a stunning look at Faviken and Magnus at work: check out Netflix Chef’s Table

Buy yourself a fantastic Christmas present: pick up a copy of The Nordic Cookbook RRP $59.95 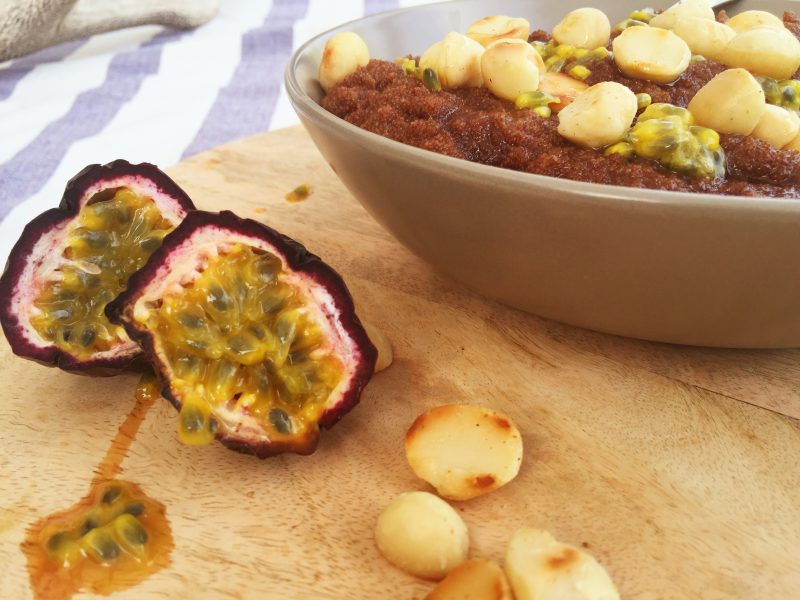 How to: Teff Porridge with passionfruit, honey and roasted macadamias for #RecipeReDux