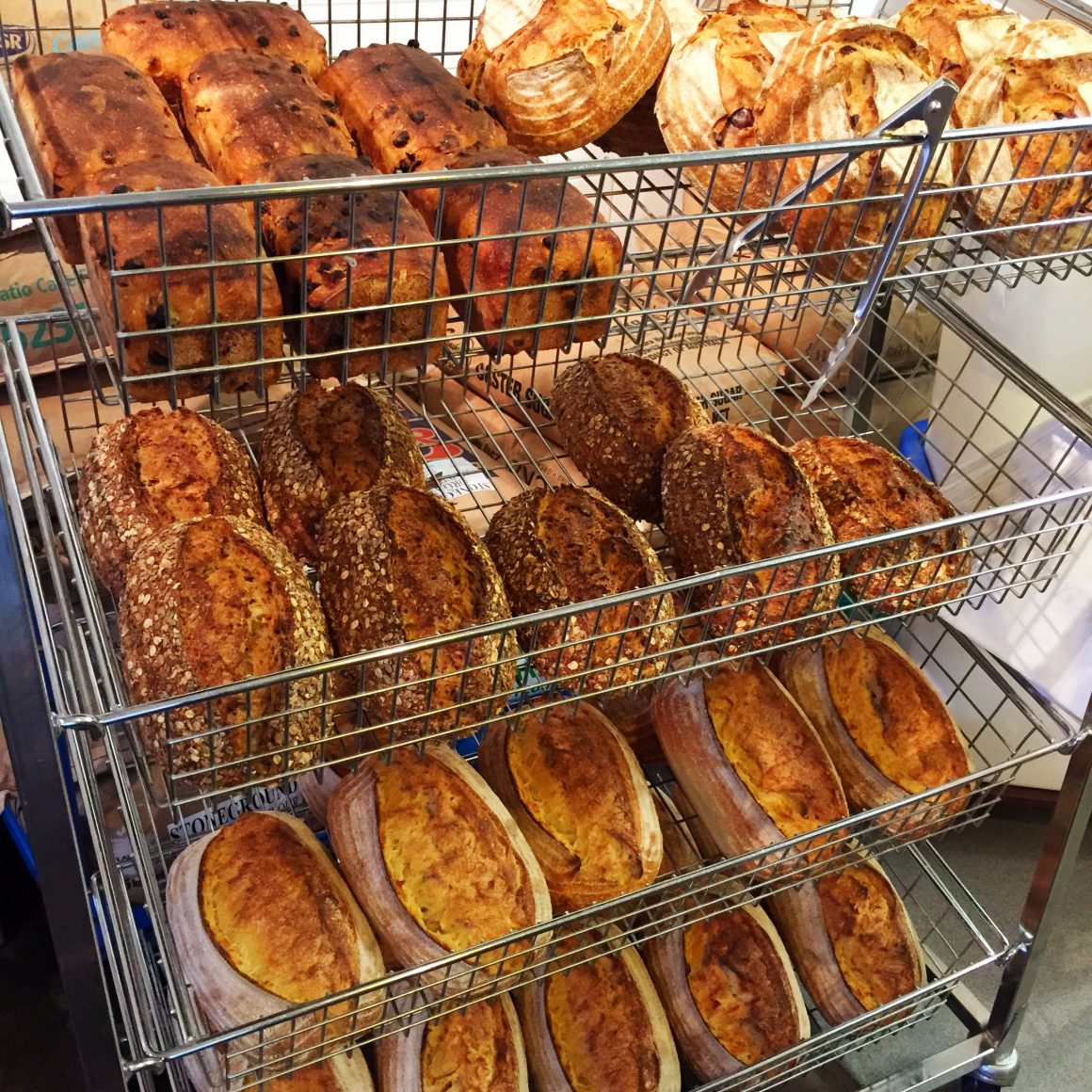 It wasn’t that acclaimed visiting Chef Dan Barber said that Paleo was an arrogant diet out of touch with the food system, that gave me such a sense of satisfaction.  Rather the fact that my whole Friday was such a hilariously series of coincidences around bread.

It started with a 7:30am trip to my favourite local Candied Bakery in Spotswood to pick up tasting loaves of sourdough for the food science pracs I teach at La Trobe University. That distinct aroma of nutty, caramelised ferment filled the car as I rehearsed in my head all the things I had to tell the nutrition students about my love of bread.  We kneaded and knocked back, talked gliadin and glutenin, flipped our chapatis and masa harina tortillas and measured the size of our crumb with and without leavener, salt, temperature and time. And 7 hours later I’d taken 40 students through the ropes of baking chemistry with Chef Mark (follow #foodwithlatitude).  And I had nibbled my way through quiet enough starch and gluten. 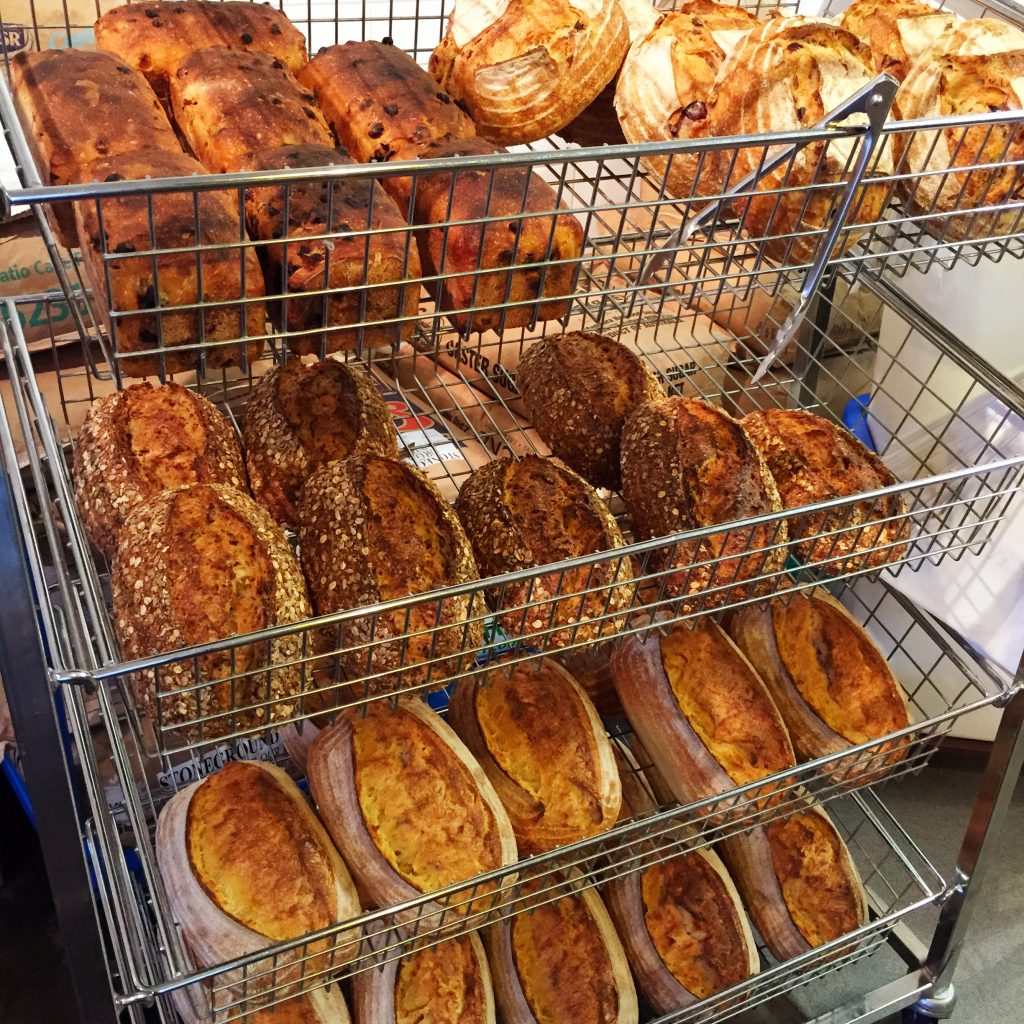 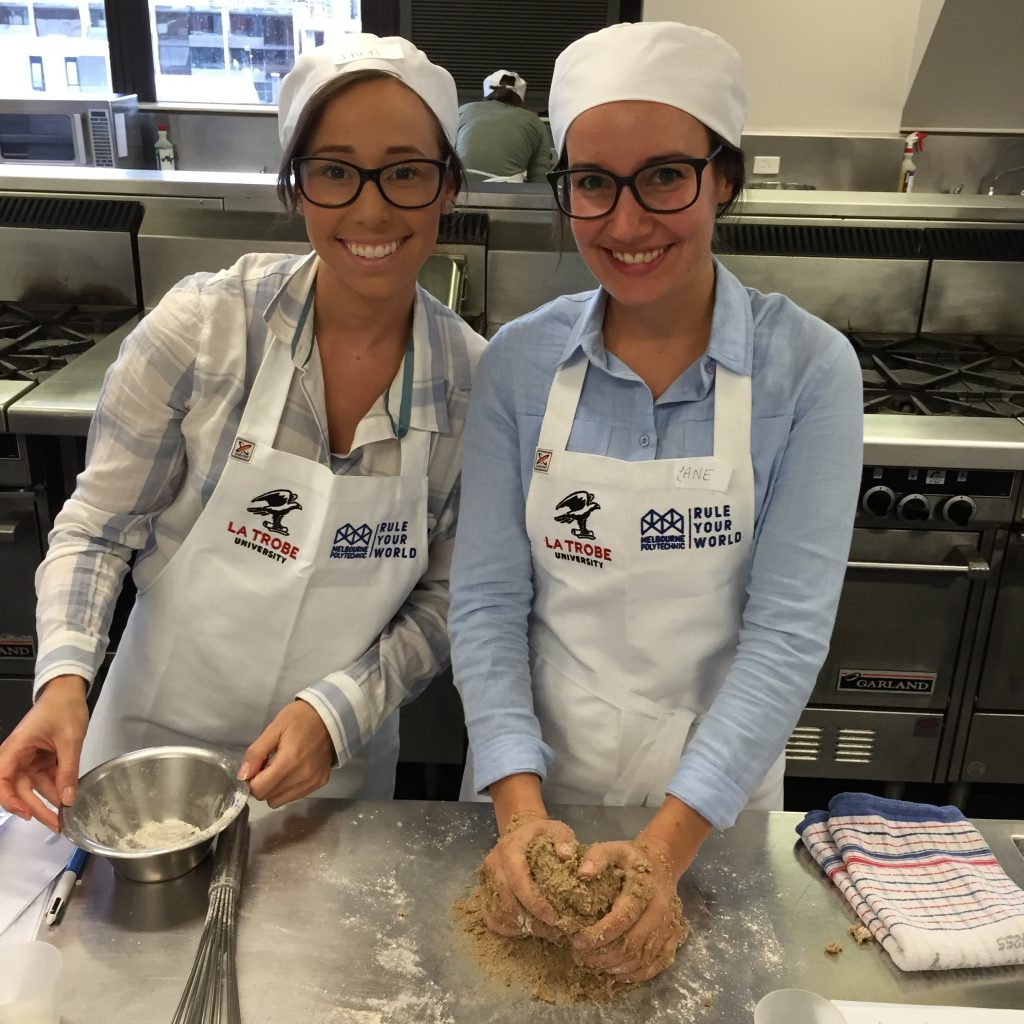 Next up I rushed to hear acclaimed New York Chef Dan Barber of Blue Hill Farm and restaurant talk as part of the Melbourne Food and Wine Festival.  And met up with my lovely friends Heidi from Apples Under My Bed and Wandering Yas.  I was hoping there was time for a little celebratory glass of bubbly after the big launch of Storehouse this week and maybe even something from the fruit or vegetable kingdom.  But alas straight into seats.  Jill Dupliex did a very clever and well researched job of blending the back story on Dan’s food philosophy in his recently launched ten year tomb,  The Third Plate. 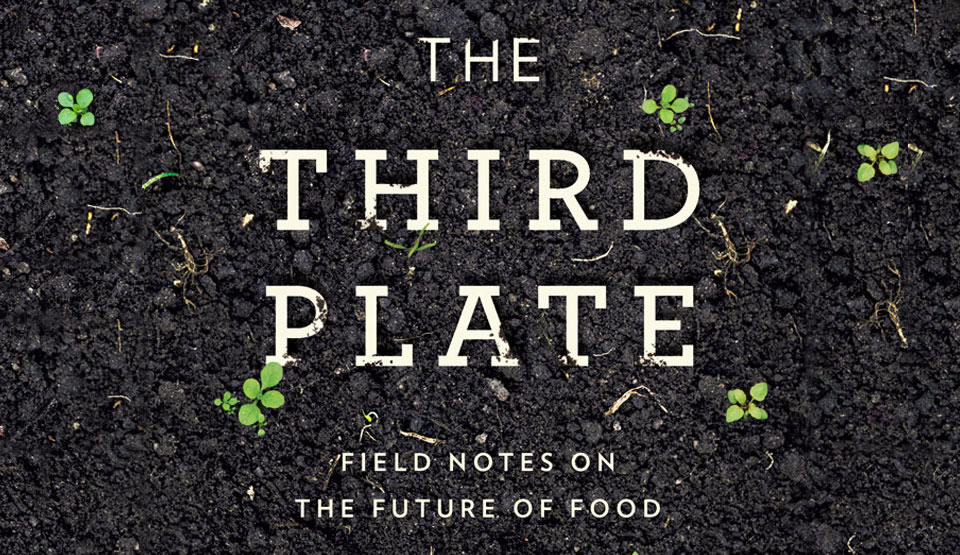 And the man himself did not dissapoint with his Alain Ducasse butter tasting anecdotes and challenging findings around our disconnected agriculture and food supply.  We need to move away from simply farm to fork.  And on to field to food.  For Dan, it’s all about the soil, that feeds the microorganisms, that feed the roots, that feeds the plant, that provides the food for our dinner plate. And it’s not just that the food is more nutrient dense or the environment better off, via a care for soil attitude. Like any chef, it’s all about that quest for flavour. Superior dirt = superior tasting notes. 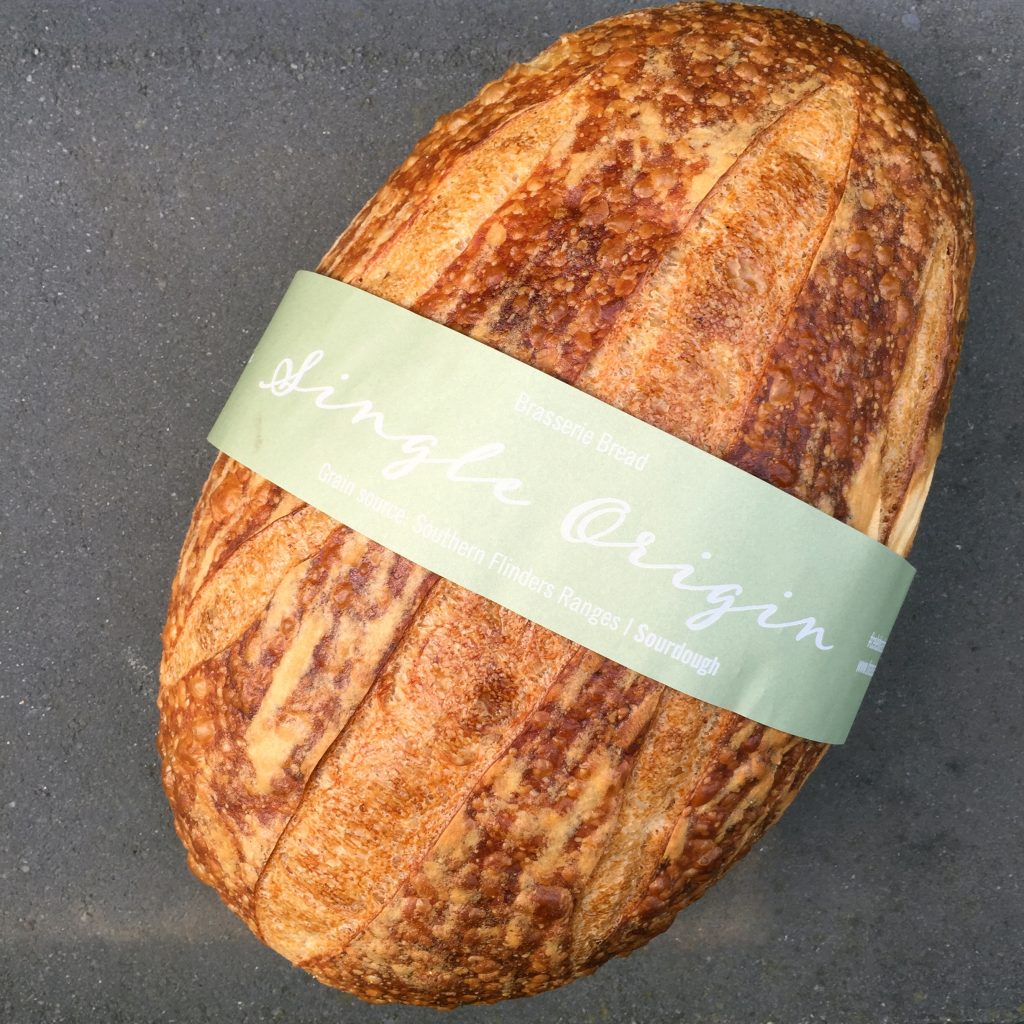 So just when I thought it was all over. Up popped Michael Klausen from Brasserie Bread to talk about his latest project.  Working with farmers in the Flinders Rangers, South Australia they have just launched an Australian first.  Well really the first since settler’s times, of single origin wheat, grown, harvested and milled specifically for Brasserie sourdough bread.  And then came the clanger.  Why don’t you join us outside for a tasting? So what’s a bread loving girl to do?  Grab a slice with Pepe Saya butter and say cheers to bread.

Last up I grabbed my precious, gifted loaf to take home.  And just like at 7:30am filled my car again with the distinct aroma of nutty, caramelised ferment.  A day in my circle of life with bread. But this time there was more.  Just a hint of sun kissed fields and the rust red soils of Flinders Ranges.  How do you like the sound of that lovelies? 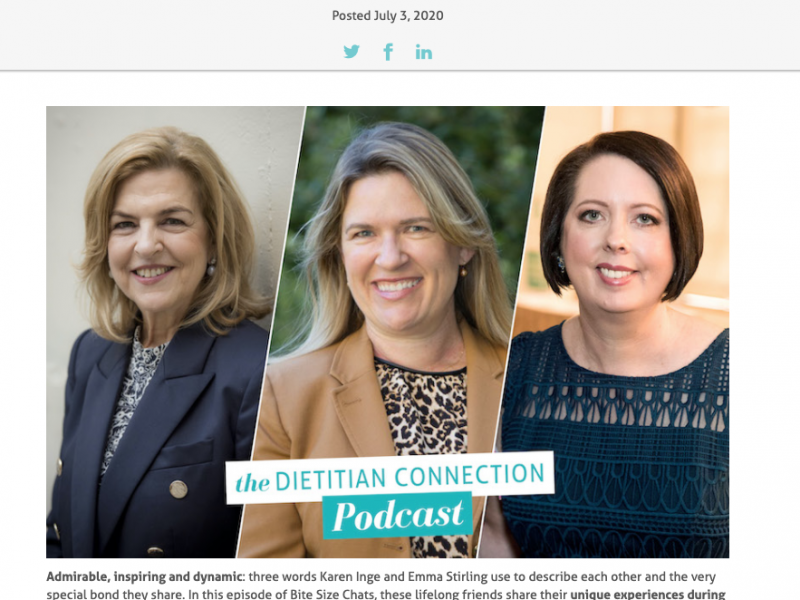 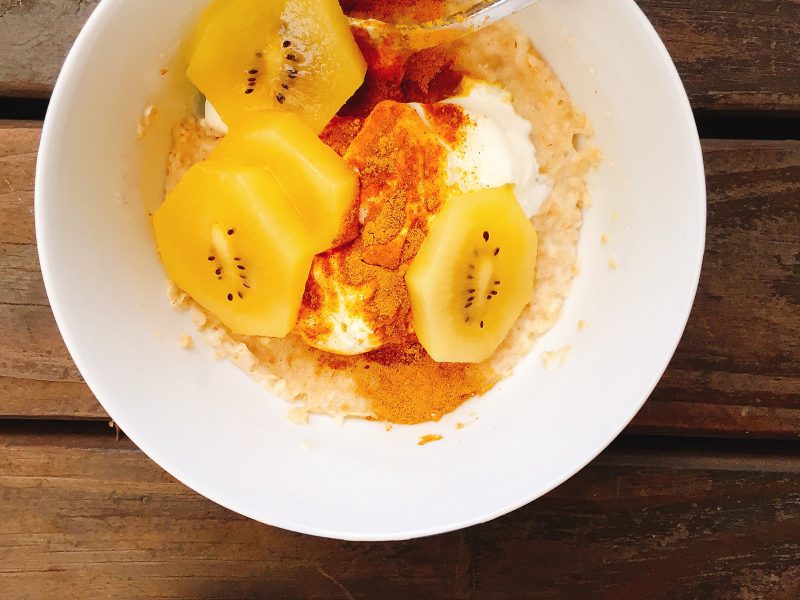 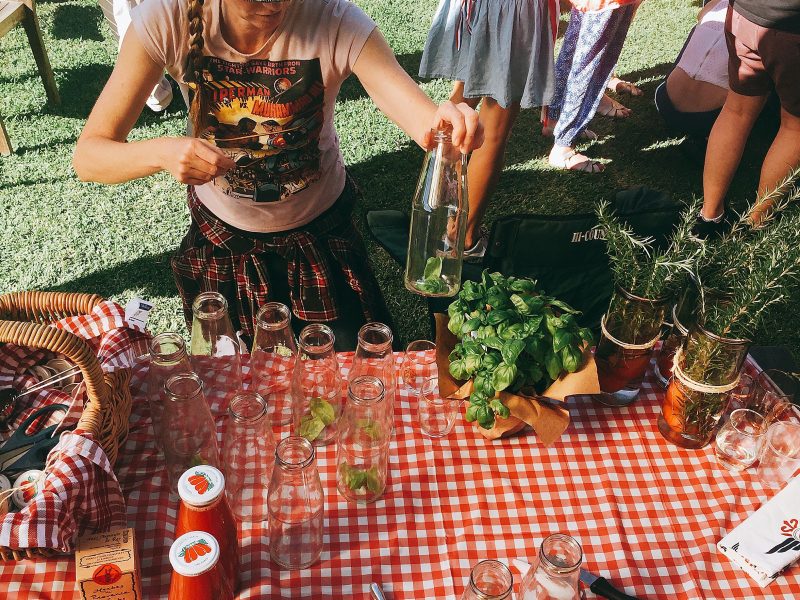